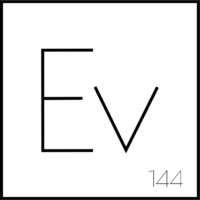 It’s a hot June day, and Melvin Hartzog is sitting in his spacious Chelsea apartment, looking impossibly cool in a white T-shirt and pants with a blue bandana wrapped around his tower of dreads.

Beneath his bare feet lies a $7,000 rug. To his right is an 1890s antique French sideboard he spent “at least a grand on.” Rick Owens and John Galliano clothes worth “hundreds of thousands of dollars” hang in the walk-in closet.

Hartzog looks around. “Yeah, I’m getting rid of all this stuff,” he says.

On Monday, the 36-year-old successful personal trainer is ditching New York City — and all his designer goods — to become a shaman in Peru. There, he will specialize in ayahuasca, a hallucinogenic brew made from a South American vine that the Amazonians believe, when consumed, offers spiritual revelations.

“Nothing is like ayahuasca,” says Hartzog, who first tried the ancient drug last year.
“It is incomparable.”

Hartzog’s not alone in his praise.

In the past few years, ayahuasca — which is illegal in the United States, categorized alongside the likes of heroin — has become a pop-culture phenomenon thanks to celebs like Lindsay Lohan, Penn Badgley and Michelle Rodriguez, who hail the drug’s magical healing powers.

In April, Ben Stiller took the psychoactive drink to the big screen in “While We’re Young,” when he and Naomi Watts try to impress their new, cool, young friends by getting super high at an ayahuasca ceremony. Even vodka-lover Chelsea Handler is getting in on the action in her new “docu-comedy” series for Netflix, which will include a “Chelsea Does Ayahuasca” episode.

“I think there is a cool factor,” says one regular ayahuasca user and former reality star who asked that his name not be used for professional reasons. “I think being able to say you did ayahuasca, [your friends] think, ‘That guy’s cool, that girl’s cool. She’s adventurous.’ It’s a good bar story.”

Hartzog wasn’t seeking cool when he and his girlfriend trekked to Peru last April to explore the psychedelic world of ayahuasca.

“I’m not a hippie dippy, wishy-washy person,” says Hartzog, who was raised in Long Island and was inspired to try the drug after reading a book by Graham Hancock, a British journalist whose work focuses on ancient myths and altered states of consciousness.

“I went in there kind of like a New Yorker,” Hartzog explains. “Kind of skeptical.”

The couple checked into the Way Inn, an isolated retreat about an hour’s drive from the small town of Huaraz, 12,350 feet up a mountain, laid out with English-style cottages. “We stayed in the luxury room,” says Hartzog with a smile. “We live in Chelsea.”

For $3,000, Hartzog participated in five ayahuasca ceremonies over the course of his 10-day visit.

“My first experience using it, I entered with a lot of trepidation,” admits the trainer.

“I sat down on my mat, and there was a bucket in front of me and a roll of toilet paper … The shaman called everyone up one by one [for] a blessing . . . I drank the vile-tasting brew and sat back down.”

For the next five hours, Hartzog vomited and suffered intense diarrhea (common side effects of the drug), and hung on tight as thousands of seemingly random images sprinted through his brain.

Over the course of the week, Hartzog vacillated between major breakthroughs (once, he saw himself in a past life as a World War I soldier) and hours where he was floor-bound, ill.

“Ten hours of Ayahuasca is like 10 years of psychotherapy,” says Hartzog, who has now taken the so-called medicine 50 times across various trips to Peru over the past 15 months. He decided to move to Peru full time after a three-month stint in the country earlier this year.

“It helped me peer back through these walls and to look back on things that I have done and other events in my life, and view them from a different context.”

One such life event was the eight years Hartzog spent incarcerated for first-degree assault.

“I got into a fight when I was 17,” recalls the native New Yorker, who was raised Hindu.
Hartzog attacked another high school student, whom he said he did not know prior to the incident.

“I’m black; he was white. There were a lot of other politics involved. His grandfather was a senator; his family grew up in law enforcement. So I kind of got the wrong end of the deal.

“Just imagine being an 18-year-old going into a lion’s den,” Hartzog says of jail. (He bounced around various facilities, including the Clinton Correctional Facility, from which two inmates escaped last month.) “You have to assimilate fast. Sink or swim … Your adrenal glands are burnt out.”

Hartzog says the conditions were abysmal. “It’s a hell plane,” he says. The corrections officers would spit in his food and force him to eat it, a fellow inmate stabbed him, and roaches and rats ran rampant.

“You’re just living in the den of iniquity,” he continues. “You see the worst side of humanity.”

When he was released, things didn’t get much better.

“I was in complete shock,” he says. “I didn’t know how to deposit checks in a bank. I didn’t have bills. I was a kid [when I got arrested]. So I had to pretend to be an adult.”

In 2009, Hartzog stopped pretending. He received a degree in occupational sciences from the Swedish Institute and became a licensed massage therapist. But despite his achievements and closet full of name-brand loot, something was missing.
Ayahuasca, says Hartzog, “helped me recontextualize my experience: why these things happen to me. And teach me that I’m not a victim.”

He hopes to be able to guide others to spiritual enlightenment through his work at the Peruvian retreat. But first, he’ll need to cleanse himself.

“My apprenticeship will involve following very specific planned diets, abstaining from certain everyday practices like sex … going through the jungle to pick the plants and find out how they grow — it’s essentially like medicine-man school.”

Hartzog says his 31-year-old girlfriend, Cara, who has tried ayahuasca nearly 20 times and will also be working at the Way Inn as a retreat director, is fully onboard with the no-sex regimen: “We’ve been together for eight years, so we’re very committed to this path.”

Hartzog says he’s willing to sacrifice sex, along with his “fancy coffees and fancy NYC dinners,” for the long road ahead.

“I don’t think one ever becomes a shaman,” he says. “One’s just always on the path to that.”

Ayahuasca devotee Michelle Rodriguez makes an appearance in the spirituality documentary “The Psychenauts: The Reality of Truth.”

Copaiba Oil Add to Cart Overview Copaiba Oil Copaiba oil comes from a tree native to the amazon particularly the Copaifera genus. It has been 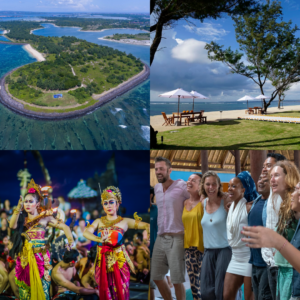 Since 2013, the United Nations has celebrated the International Day of Happiness as a way to recognise the importance of happiness in the lives of people around the world. This celebration recognizes the relevance of happiness and well-being as universal goals and aspirations in the lives of human beings around the world. Join us as we raise the vibration of the planet in an epic happiness celebration on a paradise island surrounded by your global family, your sisters and brothers from all around the world, all ages, all economic backgrounds and walks of life. Come to dance, sing, meditate, do yoga and be inspired.

The goal of the BaliSpirit Festival is to awaken and nourish each individual’s potential for positive change within, leading to positive change in our homes, in our communities, and around the world. 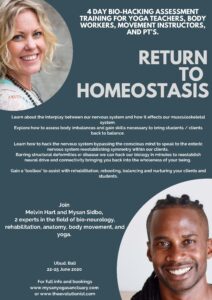 Learn about the interplay between our nervous system and how it affects our musculoskeletal system. 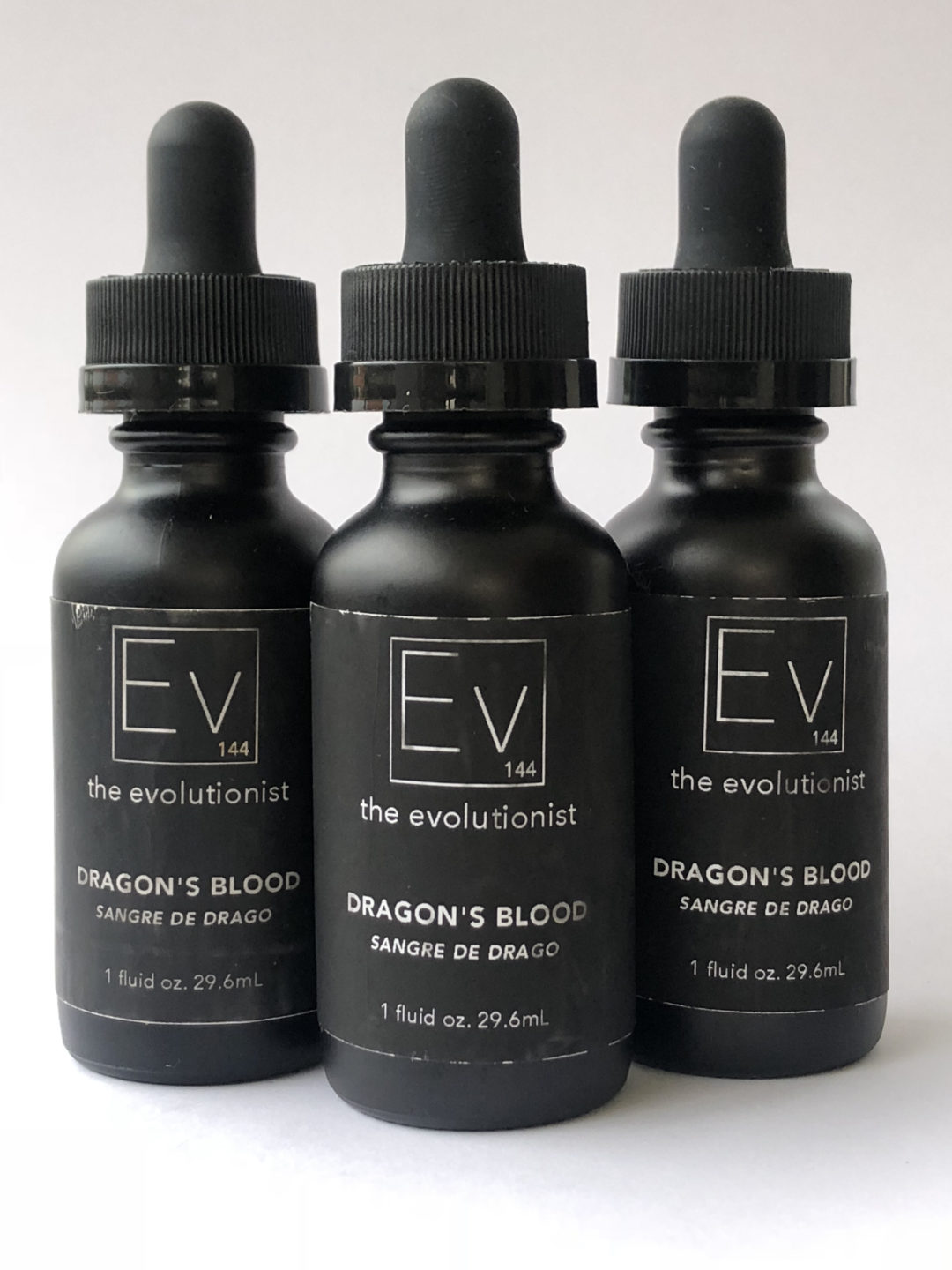 Dragon’s BLOOD   I had a few requests on how to topically apply Dragon’s Blood. Today presented the perfect opportunity as having scraped my hand

Since 2013, the United Nations has celebrated the International Day of Happiness as a way to recognise the importance of happiness in the lives of people around the world. This celebration recognizes the relevance of happiness and well-being as universal goals and aspirations in the lives of human beings around the world. Join us as we raise the vibration of the planet in an epic happiness celebration on a paradise island surrounded by your global family, your sisters and brothers from all around the world, all ages, all economic backgrounds and walks of life. Come to dance, sing, meditate, do yoga and be inspired.